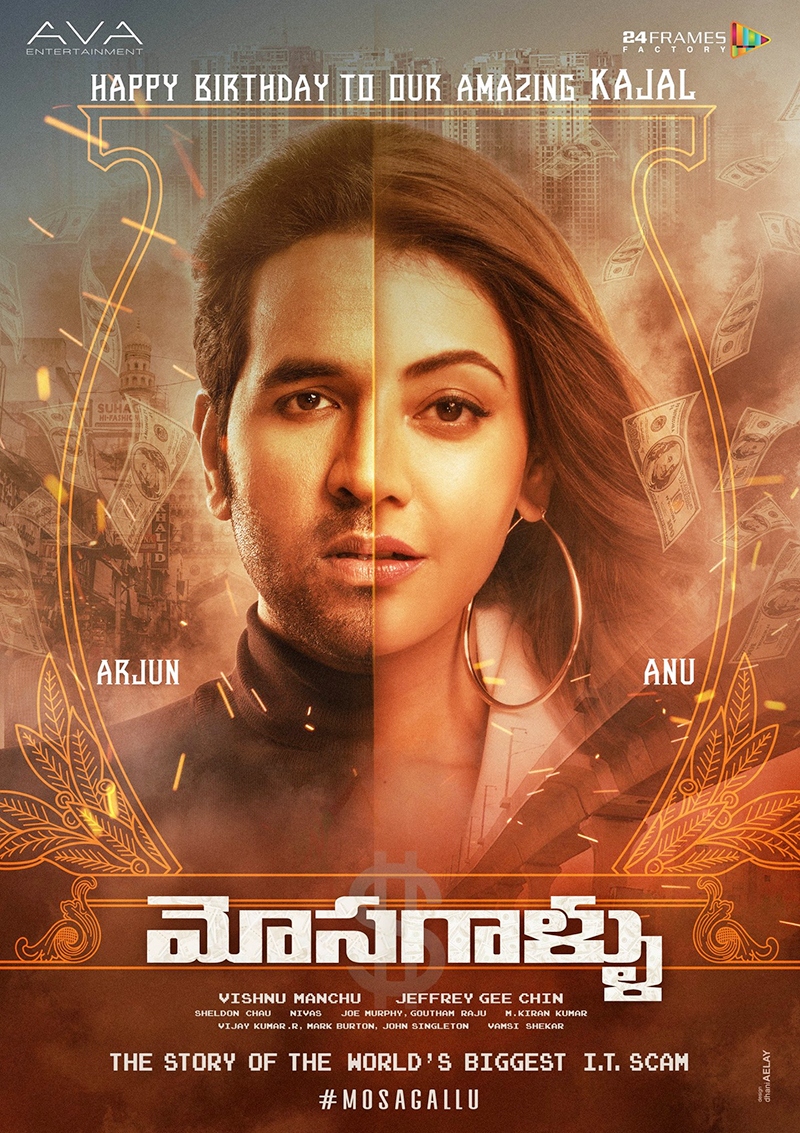 The makers of ‘Mosagallu’ have unveiled a special poster on the eve of Kajal Aggarwal’s birthday. The star actress, who celebrates her birthday this Friday (June 19), is playing an author-backed role in the crime thriller.

The intriguing poster reveals that Kajal plays a character named Anu and she could be a doppelganger of Vishnu Manchu, who plays Arjun. The international project will be hitting the screens in Telugu and English. It’s directed by Jeffrey Chin.

Eighty percent of the production works are over, the makers reveal.

Starring also Bollywood actor Suneil Shetty, its story unfolds against the backdrop of one of the biggest IT scams in the history of humanity. Shot in Los Angeles and Hyderabad, among others, the film has Navdeep in a key role.

The film’s release date will be declared after the pending production and post-production works are done.