The Importance Of Being Gulzar 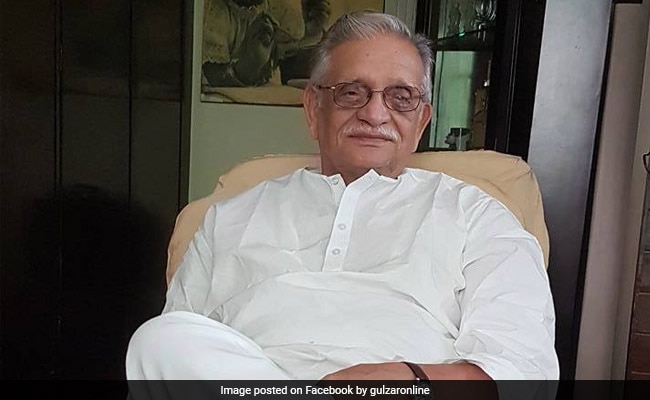 Lyricist-writer-filmmaker Gulzar, who turned 86 on Tuesday, is contemporary and relevant across generations with his ability to transform mundane into magical with a simple turn of phrase, say lyricists. Gulzar has been a part of the cultural consciousness of the country through his nazms, ghazals, lyrics and films in a career spanning almost seven decades.

Born as Sampooran Singh Kalra in Dina, Pakistan, the wordsmith started his journey as a lyricist with Bimal Roy’s Bandini in 1963. According to lyricists Swanand Kirkire and Kausar Munir, Gulzar has the ability to walk with times be it through his poems, songs or films such as Aandhi, Angoor, Mausam and Ijaazat.

Swanand Kirkire, a multi-hyphenate personality himself, said he has always been in awe of the Oscar-winning lyricist’s metaphors.

“He is a hero, inspiration and teacher. One always wanted to be like Gulzar saab. I was introduced to Hindi film music through his songs. Every time I heard his lyrics, I felt he had such a different voice. He says things in a modern, day-to-day way without any heavy duty poetry,” the lyricist-singer-actor told PTI.

Swanand Kirkire said growing up, he always wondered about the beautiful, sensitive lens with which Gulzar viewed love and life. “His images, his metaphors are so young and they continue to remain so. You don’t hear words like ‘chavvani-atthani‘ in a film song. When I’d listen to his songs as a kid, I would wonder how he’s looking at romance, life with a beautiful lens. He’s such a sensitive poet and human being. An exceptional writer and a gifted director… He is so much and beyond,” said Swanand Kirkire.

Lyricist Kausar Munir said growing up, she marvelled at Gulzar’s ability to convey complex emotions with a feather-light touch. “Everyone knows water is wet. But when you state it like ‘geela geela paani‘, for a person like me, it means something because the prosaic becomes poetic. The Ijaazat songs are celebrated today even by those who are not poetically minded because the movie takes the mundane, everyday imagery and elevates it into something magical,” Munir told PTI.

“He wears his literary-ness and greatness so lightly, in his work and his personality. It’s reflected in his white kurta pajama and in his ‘mera kuch samaan‘. He has not lost touch with the times. He is young as the times he lives in. That’s why he is always contemporary,” said the lyricist, known for her work in Bajrangi Bhaijaan and Meri Pyaari Bindu.

Sharing an anecdote about the lyricist-filmmaker’s modern attitude, Swanand Kirkire shared a story about Gulzar when they adapted his film Angoor for a play.

“I was rehearsing with Zeeshan Ayyub and one day Gulzar saab told us that everything is perfect but why don’t you add one line in a scene where a character asks, ‘Kya ho raha hai?‘ and add, ‘Fog ho raha hai.’

“We didn’t realise what he was talking about but included that line. The laughter we got from the audience made us realize later that it came from a viral deodorant advertisement! We weren’t aware but the audience was and Gulzar saab was,” he added.

Gulzar’s daughter, filmmaker Meghna Gulzar also shared a poem about her father to celebrate his birthday. “I know I’m protected/Because his arms cradle me/I know I walk the right path Because his little finger leads me… I know I am/Because he is,” she wrote on Instagram.

Social media was full of people sharing their favourite lines from Gulzar’s vast collection of poems, making the lyricist’s name a trending word on Twitter on his birthday.

Cricketer Yuvraj Singh shared his favourite lines of Gulzar to wish the poet on his birthday. “Wishing one of the finest poet, lyricists and writers Gulzar saab a happy birthday. You have the ability to transform mere words into deep expressions and strike a chord in our hearts. My best wishes,” he wrote.

Composer Shankar Mahadevan, who worked with Gulzar in Mirzya, Jhoom Barabar Jhoom, Raazi, this year’s Chhapaak, tweeted, “No amount of words can describe how much I love you sir! Happiest Birthday and looking forward to meeting you soooooooon!

Actor Saiyami Kher, who made her debut with Mirzya, tweeted, “Thank you for your words, support, warmth and purity. Happy birthday Gulzar saab.”

(This story has not been edited by NDTV staff and is auto-generated from a syndicated feed.)