The One With Alia Bhatt And Her Furry Friend Edward Alia Bhatt posted a super cute picture on her Instagram story, on Monday night. In the photograph, the actress can be seen posing with her pet cat Edward, who she lovingly addressed as “Eddie” in her caption. Alia, dressed in nightwear, flashing a bright smile for the camera, wrote in her caption: “The one where Eddie falls asleep and I take selfie.” Alia Bhatt frequently shares pictures with her pet cat Edward, interrupted by super cute posts featuring her boyfriend Ranbir Kapoor’s pet dogs. Check out the picture shared by Alia Bhatt here: 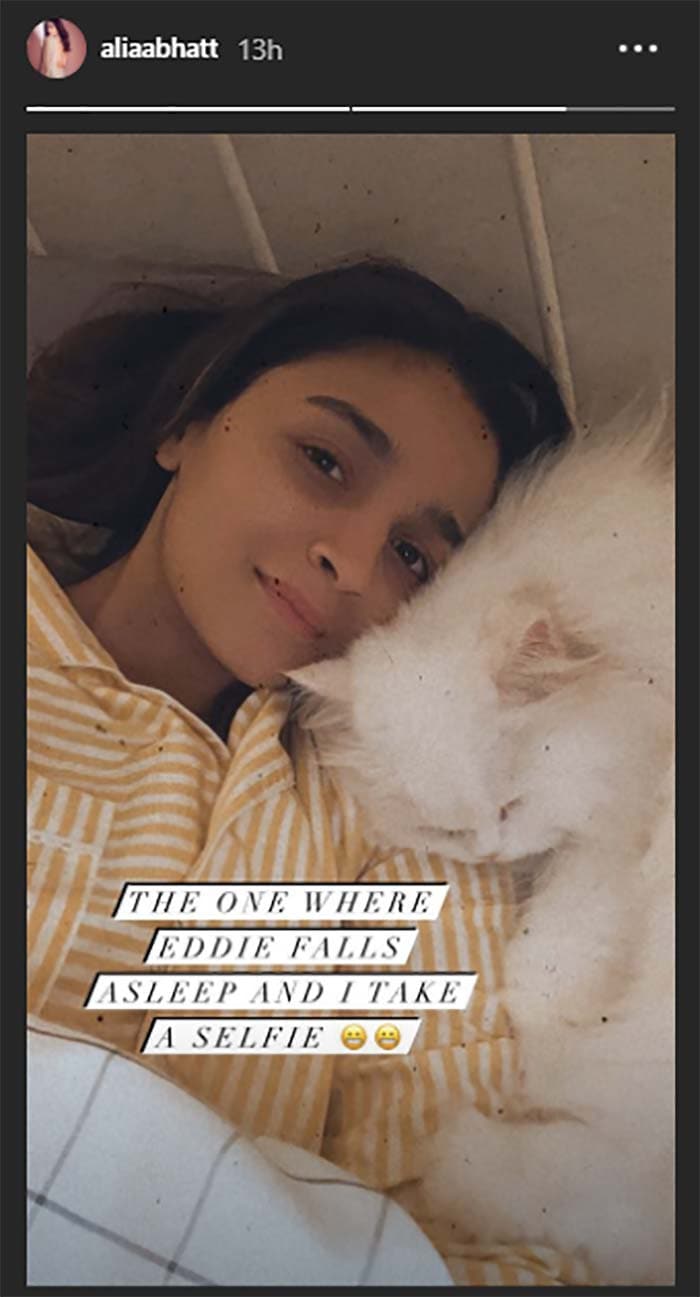 Last month, the Raazi actress shared an adorable picture of herself along with her sister and author Shaheen Bhatt and their new pet Juniper.  Alia wrote: “This girl duo just became a girl trio. Meet our new baby Juniper. Her skills include biting, selfie-taking and being generally adorable.”

This is the picture we are talking about:

Alia Bhatt awaits the release of Sadak 2, co-starring Aditya Roy Kapur, Sanjay Dutt and Pooja Bhatt. The film will release on OTT platform Disney+Hotstar on August 28. It is one of the seven big films to release on the streaming platform. It is a sequel to Mahesh Bhatt’s 1991 hit Sadak.

In terms of work, Alia Bhatt was last seen in the 2019 period drama Kalank. The actress’ upcoming projects include Ayan Mukerji’s fantasy trilogy Brahmastra, co-starring Ranbir Kapoor and Amitabh Bachchan, and SS Rajamouli’s RRR. She will also be seen in Gangubai Kathiawadi, which will be directed by Sanjay Leela Bhansali.