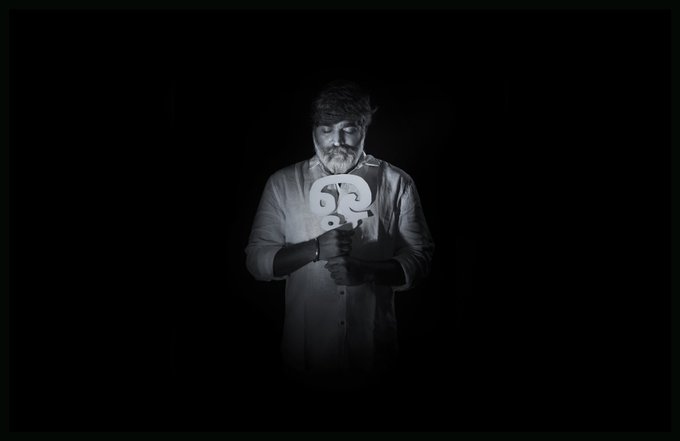 Vijay Sethupathi is currently the most enigmatic star and actor in South Indian cinema who refuses to be caught in any kind of image and prefers just to showcase his talent by playing challenging roles as opposed to the run of the mill hero.  Though he is not very active in social media his Twitter account hit a massive milestone of one million followers.

Vijay Sethupathi has posted a photograph of himself in an intensely spiritual pose hugging the divine OM symbol close to his chest.  The black and white image itself is aesthetic with VJS and the religious symbol carefully illuminated. He has captioned the image “Thanks One Million VSPians” 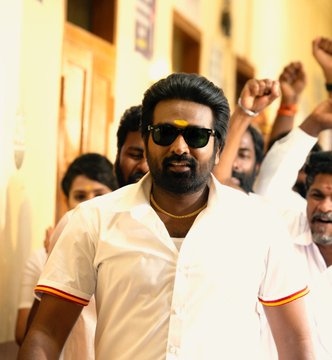 Over the past few months Vijay Sethupathi has been mired in unwanted controversies with some sections branding him as anti-Hindu and that he is propagating Christianity in Tamil Nadu.  The image is the silent but strong reply to his haters that he is very much what he is.